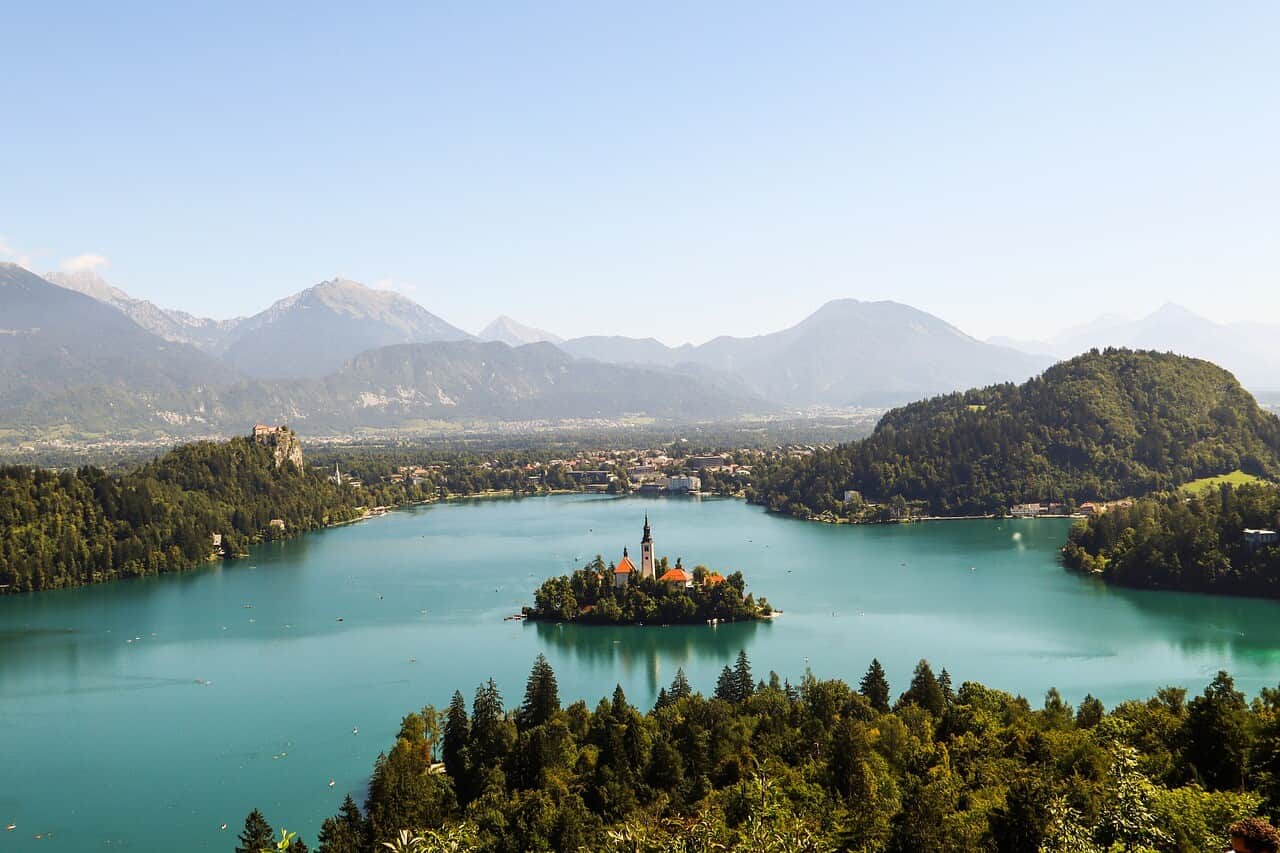 Eastern Europe can be fairly priced when traveling, and there are some great natural wonders worth visiting.

Among some great cities, there are many incredible natural landscapes in Eastern Europe.

Here are our top five picks:

If you’re looking for things to do in Eastern Europe, make sure you’re adding this amazing natural wonders to your list.

Lake Bled is a spectacular lake surrounded by mountains in Slovenia just south of the Austrian border. It is a great place to relax and enjoy the mountainous scenery. We recommend catching a Pelenta, a wooden gondola used for centuries on the lake, to the small iconic island in its center.

The Church of the Assumption on the island dates back to 1534, and the local legend says that if you ring the wishing bell inside the church, your dreams will come true.

Another popular attraction is Bled Castle which overlooks the lake and dates back to 1004.  It is a great spot to enjoy the view of the lake from above.  The Castle sits high above the lake on a cliff and houses a museum which showcases the towns history.

The Plitvice National Park is located in central Croatia midway between its two most populous cities, Zagreb and Split.  It has an abundance of gorgeous blue-green lakes and waterfalls, with hiking trails to all of them.

The sixteen lakes are unique in the fact that they constantly change color based on the mineral deposits and their reaction to weather and sunlight.  The lakes also have historical significance as the area was a key battleground in the Serb-Croat wars in the early 90’s. This is a great day trip from the Croatian city of Zagreb.

There’s some great Plitvice Lakes National Park accommodation for those who want to stay in the national park.

The city of Budapest in Hungary is becoming more recognized all around Europe as a great place to visit. A popular day activity in Budapest is to bathe in the thermal springs littered throughout Budapest. These natural hot springs actually created some of the most fascinating underground caves in the world.

The caves were only discovered 100 years ago and are believed to be over 100 km long in total. Archaeologists are still searching for more caves they believe haven’t all been discovered yet. There are daily cave tours that last around 3 hours and give you a glimpse into this extraordinary urban natural wonder.

Related Read: How to Spend a Weekend in Budapest

This Montenegrin city sits in the deepest fjord in Southern Europe. It is located just a few minutes from the Croatian border and has rich history along with beautiful flora. Wild pomegranates, figs, grapes and olives cover the mountainous shoreline and provide a beautiful background for stunning views.

Old Town Kotor was founded as a Roman settlement in the 2nd century and became a major shipping port in the 12th century. The fortified walls of the city made it a strategic location for many of the wars that plagued the Balkans throughout its 2,000 year history. Since becoming an endangered UNESCO World Heritage site in 1979 after a major earthquake, the Bay of Kotor has become an increasingly popular destination for natural beauty seekers.

Cappadocia is an extraordinary region in central Turkey. The areas geological landscape was initially formed over 2 million years ago from volcanic eruptions. The local volcanoes have since become dormant. The lava from these volcanoes was relatively soft and the wind and water erosion over thousands of years gave rise to the current and unique geological formations.

The soft lava also played an instrumental role in history almost 2000 years ago, helping early Christians stay alive as their persecutors searched far and wide for them. The ground was so soft that it was easy to dig and these early Christians created a labyrinth of tunnels and caves which became their hideouts.

One could spend days exploring the numerous caves, churches, museums and natural formations that have evolved over thousands of years in this region.

Here’s how to visit Cappadocia on a budget!

The Best Beaches in Barcelona (Including the Nude & Gay Beaches)

The Biggest Mountains to Climb Around the World