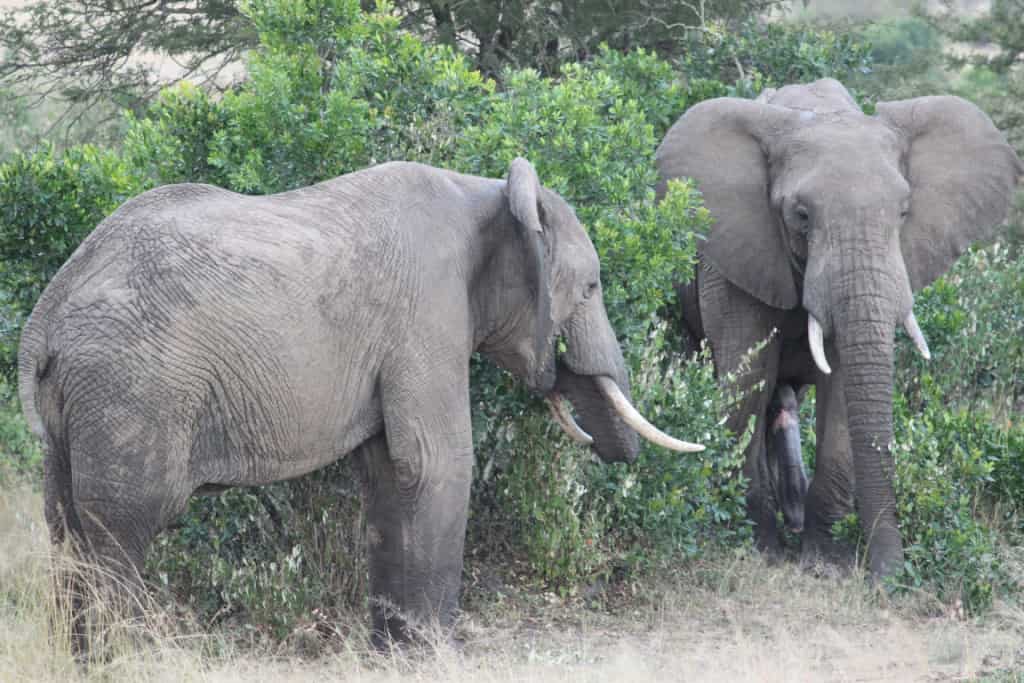 The African elephant is the largest land mammal on the planet. As part of the famed Big Five, it is undoubtedly a highlight of any safari trip.

You may be wondering where to see elephants in Africa. Although they are a staple in most wildlife parks across Africa, you are not always guaranteed an elephant sighting and some places are better than others to see these incredible animals.

Here’s where to see elephants in Africa

The third-largest national park in South Africa, Addo Elephant Park in the Eastern Cape has one of the densest populations of African Elephants in the world. It holds the distinction of being the only park to house the Big Seven: lion, leopard, rhino, elephant, buffalo, whale and great white shark.

Additionally, the park is also home to a number of rare and endangered plant species and Addo’s accommodation is some of the best you’ll find at any national park. You will definitely see some African elephants here.

Chobe is known internationally for its large African elephant population, which is possibly the largest in the world. The park is home to an estimated 50,000 elephants within its nearly 12,000 square kilometre borders, in northern Botswana.

Though the elephants are the main attraction, Chobe is also home to a number of other wildlife species and the annual migration of zebras and predators during the rainy season makes Chobe one of the best safari destinations around.

Possibly the most famous nature reserve on the list, the Kruger National Park is one of South Africa’s national treasures and attracts well over a million visitors every year.

The park has a rich population of wildlife and boasts the biggest number of species of large mammals anywhere in the world. Home to nearly 12 000 elephants, efforts are being made to slow the population, which has steadily grown over the years, due to the limited size of the park. There are also numerous accommodation options available.

The Serengeti National Park is famous for its annual great migration of over a million blue wildebeest but is also an excellent place to see elephants.

Once threated by poachers, the elephant population has grown to over 5 000, following conservation efforts by the Tanzanian government. And elephants are now one of the more populous mammals in the reserve.

One of the largest wetland areas in the world, the Okavango Delta in Botswana is more famous for its river system and vast species of fish than its terrestrial animals.

But it is also home to a vast array of wildlife species, including a large population of African Elephants. The seemingly endless water supply and plant species mean the area is an ideal habitat for elephants all year round and is one of Botswana’s main tourist attractions with loads of great accommodation options.

Reasons to Add the Franschhoek Wine Region to Your Cape Town...