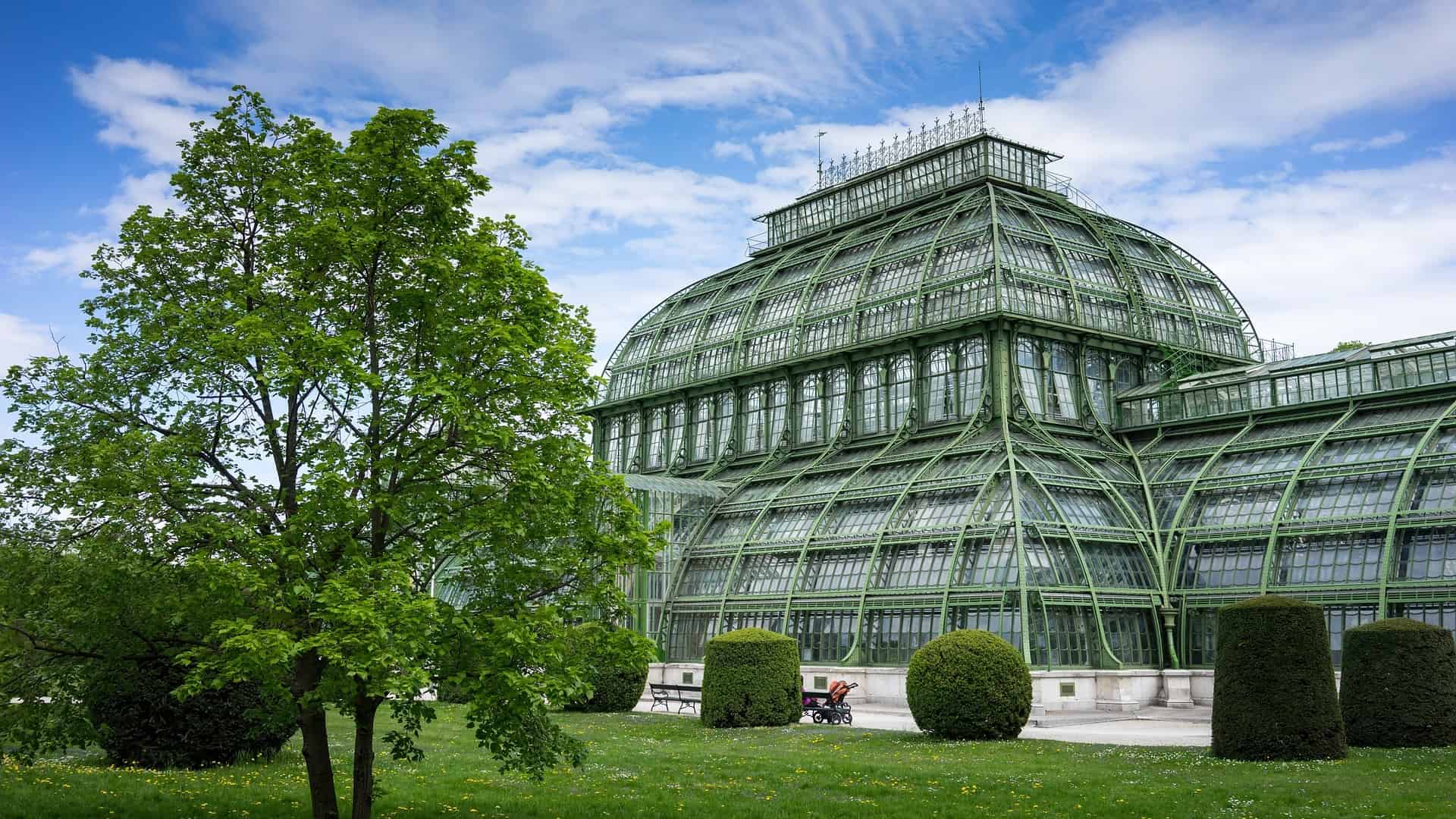 There are so many things you could and should see when visiting Vienna.

Here are the top things to do for your next Vienna trip:

Schloss Schoenbrunn in Vienna, a highlight and an UNESCO World Heritage

Schloss Schönbrunn – Inscribed on the UNESCO World Heritage List in 1996, it is not far from the city centre and easy to get to by public transportation: You can take the underground U4 (green line) and get off at Schönbrunn;

Schönbrunn is the ultimate palace experience in Vienna because the Habsburg summer palace can be found here. It is comparable in grandeur to Versailles and is definitely a must-see in Vienna.

Its gardens and zoo (the oldest in the world, built for Maria Theresa’s husband in 1752) alone are worth a lengthy visit. The palace has also seen its fair share of excitement over the years, including a meeting between John F. Kennedy and Nikita Khruschchev at the height of the Cold War.

The Palace Park offers a lot of attractions, such as the Privy Garden, a Maze and Labyrinth, and the top-of-the-hill Gloriette with its Panorama Terrace.

There are two possible tours available without a guide (though guides are available): the Imperial Tour showing 22 rooms and the Grand Tour showing 40 rooms. The price of admission includes an audio or written guide.

The shorter tour of Schönbrunn Palace takes you into the west wing of the palace including the apartments of Emperor Franz Joseph and Empress Elisabeth (Sisi), as well as the imposing state rooms in the central wing.

With the Grand Tour you can visit, in addition to those rooms included on the Imperial Tour, the 18th-century rooms from the time of Maria Theresa.

No photos, video taping, or backpacks allowed inside.

The palace is wheelchair-accessible and is open all year round:

The Naschmarkt with its flea market of Vienna, Austria

Need used lederhosen? How about a doner kebab at the Naschmarkt or an Austrian war bond from the first World War? This is the place to go.

It is primarily a flea market, though some stalls sell new items such as handwoven wicker baskets or food. Pick through the detritus of an imperial society – you never know what you’ll find hidden under that stack of terrible fuzzy sweaters. Couture gowns, Communist medals from all the former Eastern Bloc countries, tobacco pipes, broken pocket watches: the flea market at the Naschmarkt is worth at least a full afternoon of your time.

Flea markets are the best possible blend of high and low culture, and a way to truly get to know a city.

Walk all the way from the flea market end of the Naschmarkt through the food stall end to arrive at the Secession building, located on the left close to the Karlsplatz metro stop.

Getting there & opening hours:

Linke Wienzeile
U4 stop Kettenbrückengasse
Flea market each Saturday 6AM-4PM, all over the year

The opera house of Vienna, known for Viennese arts

Opera House (Wiener Staatsoper) — The Opera House is probably the most-beloved symbol of Viennese arts, and one of the first buildings to be rebuilt in the postwar era.

It was built from 1861-1869 under the direction of architects Eduard van der Nüll and August von Siccardsburg for then-emperor Franz Josef I. The first performance was Don Giovanni, an opera by Austrian native Mozart, on 25 May 1869.

Though now as well-loved as any member of the family, the architecture of the Opera was barely tolerated by the picky Viennese when it opened. Van der Nüll did not take these criticisms of his work lightly and committed suicide. A few weeks later, von Siccardsburg died of a heart attack. Doubly cursed, the Opera building succumbed to bombs less than 100 years later, during WWII. After ten years of Allied control after the end of the war, many cultural institutions reopened to celebrate the birth of the new Austrian state. This time the Opera opened with an adopted son of Vienna’s work: Beethoven’s Fidelio.

The lush curtains and overall elegance contribute to the atmosphere of the Opera (even the nosebleed seats, so steeply pitched and close to the ceiling a nosebleed becomes a distinct possibility).

Post-performance, have some torte at the nearby Sacher Hotel.

Guided tours in a number of languages are offered throughout the desk. The line at the front side door forms about 1/2 hour before the tour.

The Prater Park began its life, as so many European parks did, as a carriage-riding area for the nobility. It is still a popular place to spend a weekend afternoon with family.

An English engineering firm (Walter Basset) built the Giant Ferris Wheel (Riesenrad) from 1896-97. Others of the same era, built for world exhibitions and other parks in Chicago, London, Paris, etc. have long since been torn down. The Riesenrad has become a well-known symbol of Vienna, featured in many movies (most famously The Third Man; also Before Sunrise and Ethan Hawke) and picture postcards. It has 15 gondolas, some of which are incredibly ornate and large enough to host an extended family inside, offering a spectacular panorama of the city.

The weirdest attraction in the Prater, though, is the Kugelmugel www.kugelmugel.at, a spherical house (diameter 7.68m) that, after failing to get a planning permit, declared independence from Austria. Originally built elsewhere, it was forcibly carted off to the Prater by Austrian authorities and now sits uninhabited and fenced off with barbed wire.

The Imperial Treasury a must on any tour of Vienna, Austria

Schatzkammer (Imperial Treasury) – Located in the Neue Hofburg, the Schatzkammer (also known as the Secular and Ecclesiastical Treasures) is the best part of the Hofburg and an absolute must on any tour of Vienna.

It contains the Habsburgs’ collection of jewels, crowns, and other valuables — perhaps the best on the Continent.

Second only to a tour of the Kunsthistorisches Museum itself, of which the Schatzkammer is officially a part, there are 20 rooms of priceless treasures that give a fairly accurate feel for Habsburg court life over the centuries.

Entrance: €7 (as a combined ticket with the Museum of Fine Arts)
ww.khm.at

The Museum of Fine Arts, one of the world’s greatest art museums

Kunsthistorisches Museum (Museum of Fine Arts) – One of the world’s greatest art museums and in a palace that’s a work of art itself.

Like the Louvre, serious art fans may wish to devote more than a day to its treasures. The mother of all Austrian museums – there is no other word to describe the “Kunst” other than mind boggling. It contains a world-class exhibit of the Habsburgs’ art collection, including Raphael, Titian, Caravaggio, Bosch, and Brueghel.

Its, at the very least, a full day’s worth of sightseeing, if you intend to go through it thoroughly and attempt to ponder the importance of each major work. The better approach here is to break up sections of the museum and visit them over a series of days, or if that’s not an option, pick one section and concentrate on it alone.

The Museum has an excellent collection of ancient Egyptian, Greek, and Roman art. The coin & medals collection is also exhaustive in its scope. The Museum cafe is a bit pricey, but good, and in a beautiful setting. Like the Louvre, hand-held photography is permitted to help store and recall the numerous mind-boggling beautiful works of art at the Kunst.

Hofburg Palace, this immense palace complex grew into a large, unwieldy series of buildings over the years and was the imperial residence of the Habsburg emperors until 1918.

What began as a medieval castle (whose chapel is the only original element of that building to survive) was expanded and redecorated as the Habsburgs’ power increased correspondingly. The Palace Stables and Amalia’s Wing were added in the sixteenth century. The Imperial Chancery Wing, Court Library, and Spanish Riding School was added in the eighteenth. In the last century, St Michael’s Wing was tacked on and around 1900 the New Palace was completed.

The contents of each separate building contain so many treasures that the time spent moving from one to another is like opening box after box of fabulous jewels – it’s difficult to know when to stop.

The Imperial Palace itself now houses the offices of the Austrian President, a convention center, and the Spanish Riding School with its Lipizzaner stallions.

The Palace also houses several museums which are open to the public, including the “Imperial Apartments, Sisi Museum and Imperial Silver Collection” (Kaiserappartements, Sisi Museum, Silberkammer) where you can visit 22 state rooms (open daily from 9AM-5PM; July-Aug: 9AM-5:30PM. The museums are wheelchair-accessible).

These are the residential and state apartments of Emperor Franz Joseph I. and Empress Elisabeth (popularly known as Sisi) and show 19th-century imperial life. The Imperial Silver Collection displays unique items of the glittering world of imperial dining.

You can purchase a single ticket for all three museums or purchase the “Sisi Ticket”, which entitles you to visit the Schönbrunn Palace, Hofburg with Audio Guide (Imp. Apartments, Sisi Museum, Imp. Silver Collection), and Imperial Furniture Museum.

the nearest underground station is: U3 Herrengasse;
tram: Lines 1, 2, D, J, alight at Burgring;
bus: Lines 2A or 3A, alight at Hofburg,
www.hofburg-wien.at

The Central Cemetery, with its famous musicians

Zentralfriedhof (Central Cemetery), Mozart, Beethoven and other luminaries of the musical world (Schubert, Brahms, Strauss, Schönberg and others) are buried, or at least memorialized, here.

Mozart’s body is in a mass grave (as required by the law at that time) in another cemetery – but his memorial is located here with the others.

The graves of the composers and other “Ehregräber” (graves of honor) are located in section 32C, near the main road leading from the church.

The cemetery has served as a giant park for weekend ramblings since its creation.

There are immense monuments shaped like 10ft tall iron canopy beds (within eye shot of the musicians memorial) and other unique shapes.

Though it takes some time to get out to the Zentralfriedhof (25 to 30 Minutes total from Stephansplatz), it is worth the trip.

Getting there & opening hours:

Simmeringer Hauptstrasse 234,
Tel: 760 41.
Nov-Feb 8AM-5PM,
March, April, Sept, Oct 7AM-6PM,
May-Aug 7AM-7PM.
Take the U3 to Simmering and then take tram 71 (there’s even a Viennese expression “taking the #71 tram” as a euphemism for death) or 6 to get there. The tram stops are named after the cemetery gate next to it, “Zentralfriedhof 1. Tor” is where the old Jewish section is, “Zentralfriedhof 2. Tor” is the main gate.