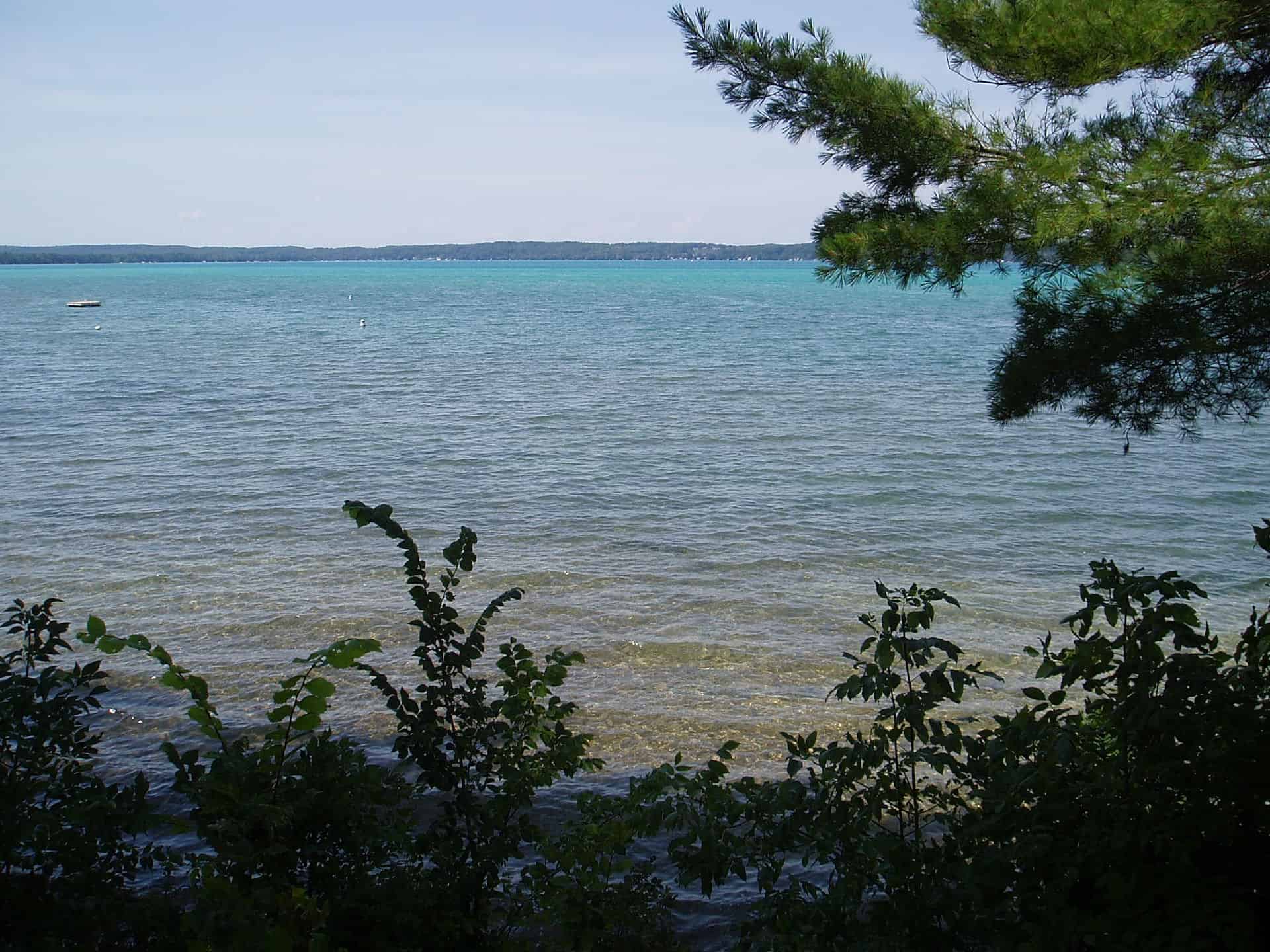 Michigan has more fresh-water coastline than any other state, and the Northwest Portion of the Lower Peninsula (which includes Torch Lake) is among the most beautiful regions in the USA.

This section of Michigan is truly “Hemingway Country,” where the famous author spent many of his boyhood summers.

Traditionally, many well-to-do families throughout the Midwest came to this area every summer, and although the atmosphere is comfortable and low-key today, a number of these families still maintain summer homes on the many inland lakes, as well as on the Lake Michigan coastline.

Several picturesque villages lie along its shore, including Alden, Eastport, Clam River, and Torch Lake. The lake is about 17 miles (27 km) northeast of Traverse City and is separated by narrow strips of land from both Grand Traverse Bay on the northwest and Elk Lake at the southwest end. This fact, and the varying lake levels mean that you cannot navigate directly from Lake Michigan into Elk, Torch, or any of the other lakes that make up this inland chain.

The lake is about two miles (3.2 km) wide and has a maximum depth of 315 feet (96 m) and an average depth of 111 feet (34 m), making it Michigan’s deepest inland lake. It is a popular lake for cruising, water sports and fishing, featuring lake trout, rock bass, yellow perch, smallmouth bass, muskellunge, brown trout, rainbow trout, and whitefish.

The name of the lake has often been claimed to come from it’s shape, when viewed from hills at either end and the sunset reflecting off the water–which may give the waters the appearance of a huge burning torch. However, the more likely origin is derived from translation from the Ojibwa name Was-wa-gon-ong meaning “Place of the Torches”, referring to the practice of the local native American population who once used torches at night to attract fish for harvesting with spears and nets. For a time it was referred to by local European settlers as “Torch Light Lake”, which eventually was shortened to its current name.

The remarkable thing about the lake is it’s clarity and distinct color, which is a unique turquoise blue, more commonly attributed to Caribbean waters. The lake is so clean that at one time the EPA had approved residents taking drinking water directly from the lake with only filtration, and no other treatment required.

Things to Do Around Torch Lake

The huge Sand Bar at the south end of the lake is a popular gathering spot, particularly on Fourth of July weekends. Be careful when jumping out of a boat; the clarity of the water makes depth estimates deceiving–and what looks like four-foot deep water may be well over your head. There are several popular bars and restaurants on Torch, with The Dockside (at Clam River) being among the most notable.

Indeed, you can cruise or kayak throughout the whole chain-of-lakes connected to Torch Lake, and there are accommodations of all kinds available, from campgrounds to cottages, which rent from $800 to $3000 or more per week, depending on the number of guests.