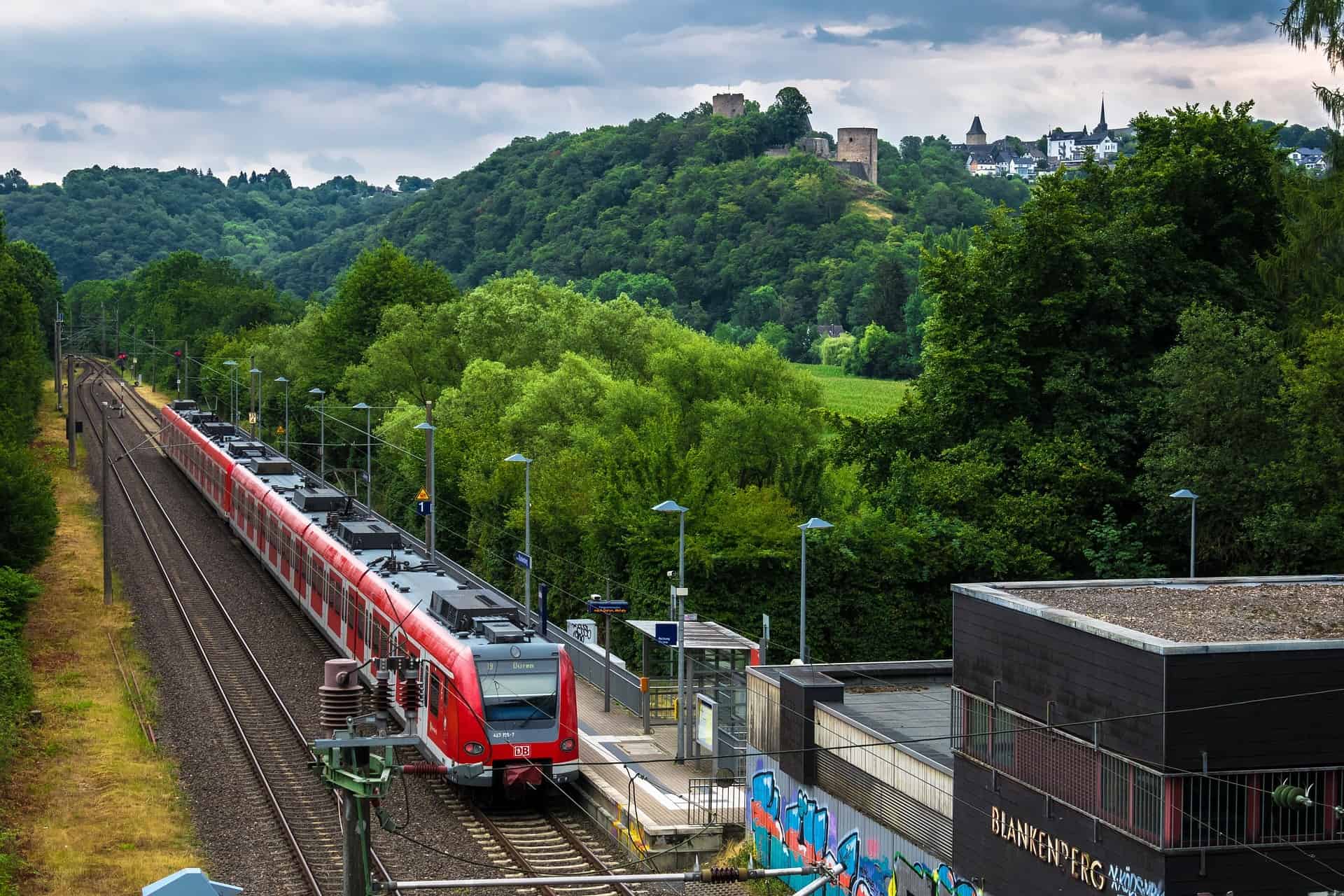 European Railways are extremely well connected and can take you from just about anywhere to anywhere, in extreme comfort.

They are a wonderful way to travel and can be very cheap if you know how.

The first time I travelled to Europe was in 2011 with my grown up daughters and the choice of places, as well as the arrangements, were left to me. I spent days looking at rail passes but could not decide anything. At the end, full of indecision I thought we would take it as it came and left for our trip without buying any.

We did not regret this indecision as we ended finding cheaper ways to travel and so were able to stretch our Euros quite a bit.

We began our quest by becoming quite a nuisance I am afraid, at the railway information offices. Wherever we were, we went looking for the ‘i’, or the girls stood with the luggage and I went looking. After getting the information, I would head to the ticket window with the printout in my hand and ask them for the tickets.

I’m afraid that sometimes I took a lot of their time trying to understand all the possible ways we could travel, but I was truly surprised at how kind and patient they were, especially in small towns and villages.

During this ticket-buying spree, I discovered that there were a lot of discounts offered. For example; when we went from Czech to Vienna, we could get a discount with a return ticket. We were three people and entitled to a group discount.

There was one discounted ticket I had learned of during my internet search, and that was the Bayern-Bohmen-Ticket. This ticket could be used to travel from Pilsen in the Czech Republic up to Munich and even Salzburg. I was very eager to use this ticket as Salzburg was most definitely on our list as were the Alps.

This ticket also covers the whole of Bavaria. There is a slightly cheaper one that is just the Bayern ticket which covers Bavaria and would probably take you up to Salzburg.

We stayed in quite a good hotel in Salzburg near Mirabelle Palace.  Salzburg is beautiful and we had a wonderful time walking everywhere, except for the time when we took the Sound of Music Tour by bus.

In the Alps though we brought all our childhood fantasies to life and stayed at a lovely little farmhouse called Rettenbachgut in Werfen, a little distance by train from Salzburg. It turned out to be truly beautiful and the surroundings were magnificent. The owners did not speak any English but every morning at breakfast we would meet fellow guests, mainly cyclists from Germany, and they would be happy to translate for us and give us advice.

On our first morning, we decided to explore the Alpine region around us and walked down to the train station. There was just one person at the station and he did all the jobs. We asked him what he recommended to us for our day out in the Alps and this became our routine for the next two days as well.

He would give us advice and discuss the merits and demerits of each place. To the disappointment of our lovely hostess at the farm, we never spent any time in Werfen at all nor did we visit Werfen Castle or the famous ice caves.

It was at the station that we discovered ‘the ticket’. Those days it was just 28 EUR for 2-5 people. It was unbelievable; for 28 Euros we could go up and down the Austrian Alps the whole day long.

What a deal!The first morning we went to St. Johann im Pongau. It was not very far but we had a wonderful time and could have gone much further but we were tired and returned home after visiting Liechtenstein Klamm and walking through the lovely Alpine town from there.

Now to be quite honest, it is possible that had we just bought return tickets for three people from Werfen to St. Johann im Pongau we would have possibly saved a little. The ticket though gave us the freedom to move on to some other place after that and that freedom seemed worth it.

The next day it was Kitzbuehl in Tirol, (Just the word Tirol gives me a lump in my throat, I miss the Alps so much). Kitzbuehel is a famous ski resort and one of the most expensive places in the Austrian Alps. We went up the famous Hahnenkamm in a ski lift. The view took our breath away.

What a wonderful experience! Now after all the travel since then I can still remember that first view from an Alpine peak as amazing. The views from mountain tops still take my breath away. I do not think I will ever outgrow that.

The third day, the ticket took us to Zell am See and after that we had to buy train tickets on a private railway to travel to the highest waterfall in Europe; Krimml in Hohe Tauern National Park, another truly beautiful experience. The journey between Zell am See and Krimml cost just a few Euros but was so worth it. We returned to Zell am See, and took the train back to Salzburg all on the same ticket.

We could have gone all the way to Innsbruck or till the Italian border on it. This ticket is called the Einfach-Raus-Ticket and now costs 36 Euros for 2-5 people. Since our days of bumbling along we have become quite savvy at finding the best travel options as well as hotel rooms.

Last year my elder daughter was unable to find a way to go from Toulouse in France to Karlsruhe in Germany. I not only found out the entire route and timings on the TGV website but also discovered that the 1st class tickets were cheaper than the 2nd class tickets. I sent her the links so she could buy the tickets online.

Every country’s railway has a website and on the website they often have offers that you can book up to 72 hours before departure. Many countries like Germany and Austria offer regional tickets as well. Regional trains are as comfortable as any other trains in Europe and they are quite frequent. You can save a huge amount of money by travelling on regional passes, which are available on the stations as well.

Last year we bought a Bayern-Bohmen-Ticket in Mittenwald in the Karwendel Alps in Bavaria. The ticket took me and my daughter all the way to Munich and then Pilsen in the Czech Republic. From there we just had to take the ticket from Pilsen to Prague, which we could buy on the train. This ticket is half the price at the station.

Trains are usually the worst places to buy tickets as you could pay 50% more!Another great favourite of mine is the Elbe-Labe ticket that covers the beautiful Elbe Labe Valley between the Czech Republic and Germany, called Bohemian Switzerland and Saxon Switzerland. The ticket takes you from Design in Czech right up to Meissen in Germany and so includes Dresden and Radebeul. This ticket is also valid for 2-5 people. A great and cheap way to travel from Dresden or Prague for a day.

Just do a Google search for the railways of the country you wish to travel in. Look for their discounts and special fares and offers. You will end up saving a lot of money. Three days before departure is usually a good time.

Read about the Difference between InterRail and Eurail Passes