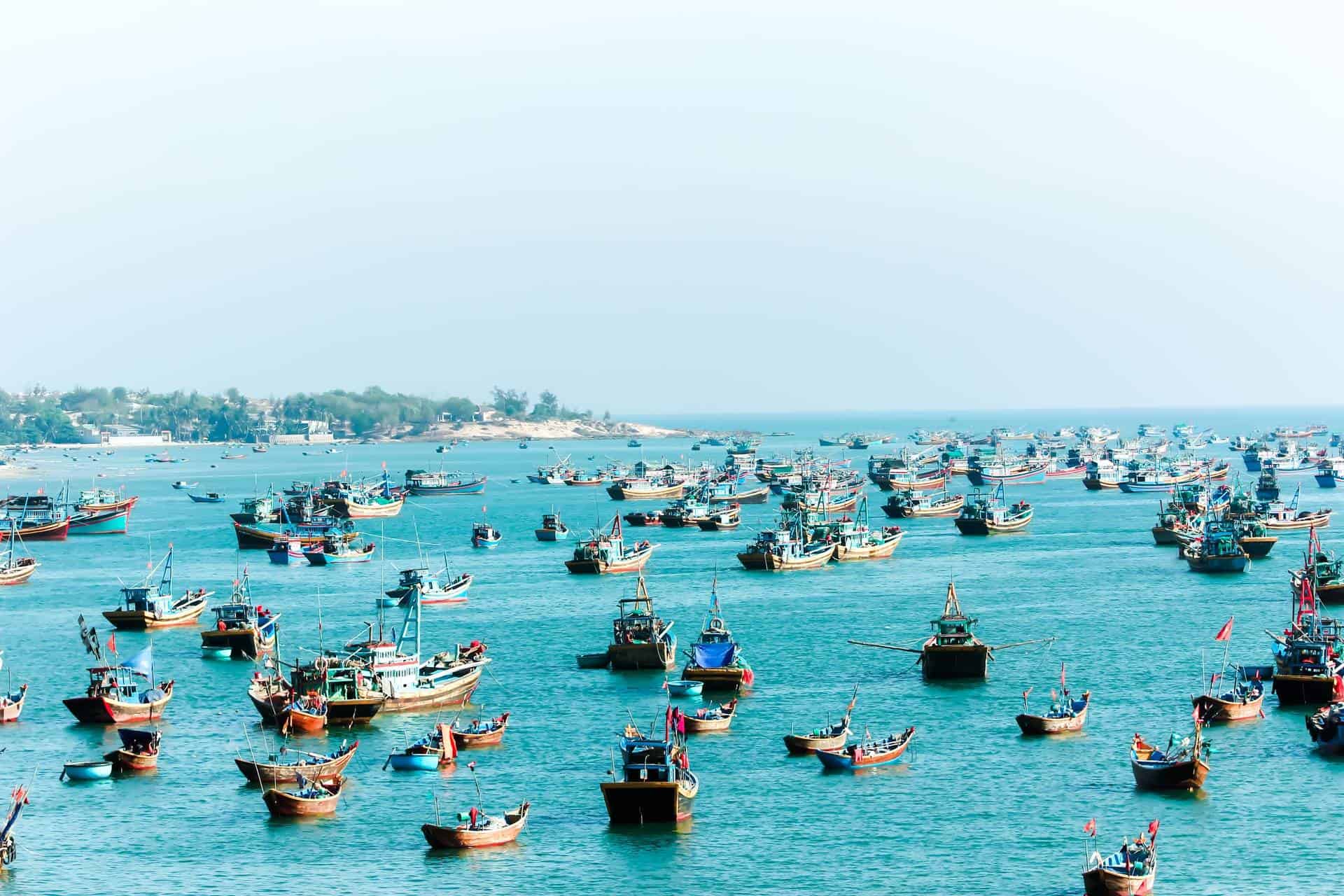 Despite breathtaking mountain scenery and a rich diversity of hill tribe cultures, the Vietnam Central Highlands remains one of the least ‘tourorized’ areas of Southeast Asia.

This region of pine tree forests, waterfalls and coffee plantations is far from the coastal beach resorts where most tourists flock, and this remoteness is all part of the charm.

The narrow, winding roads of the highlands are strewn with potholes, some so deep and wide it appears as if elephants were dropped on the tarmac successively from various heights in some grotesque experiment. An equally poor bus system and lack of railways make exploration by more maneuverable motorbikes the best option.

A guide to exploring the Vietnam Central Highlands by motorbike

This adventure starts in the coastal town of Phan Thiet, though the mountains can be approached from any adjacent city between Ho Chi Minh in the south and Danang on the central coast. The road from Phan Thiet winds through Hindu Cham villages and mountain rainforests before arriving in the town of Dalat.

Dr Alexandre Yersin (the noted explorer and scientist who discovered the cause of the bubonic plague) is traditionally considered the founder of the Dalat. The hill station, sanatorium and eventual resorts that developed more than 100 years ago have blessed Vietnam with one of the finest concentrations of French Colonial architecture in Indochina.

The city was named after the Lat clan, a subgroup of the K’ho tribe who inhabit much of Lam Dong Province. Though the K’ho have been assimilated by the dominant Vietnamese culture of modern Dalat, their bamboo stilt houses with thatched roofs can still be seen dotting hillsides in remote areas.

A day’s motorbike journey from Dalat will reach Lak Lake; the lake’s shores are inhabited by displaced members of the M’nong tribe, relocated here from the north by the government.

On my road trip, I spent the night in immense, wooden M’Nong longhouses. After a morning of elephant rides and canoe trips I drove to Ede territory in Dak Lak Province.

The Ede of Buon Ma Thuat

The Provincial capital of Buon Ma Thuat is the seat of Vietnam’s coffee-growing empire, its capacity now second only to Brazil. Due to tensions between the government and local hill tribes, the ability to travel without special permits can be restrictive. Travellers can be expected to only be allowed to travel between Buon Mat Thuat, which has a few major waterfalls like Drey Sap and Drey Nur, and Yuk Don National Park.

The Jai Rai of Pleiku

The Bahnar of Kon Tum

Just a few hours further to the North, the city of Kon Tum, and the surrounding province by the same name, holds the greatest cultural treasures of the central highlands. The town is populated by ethnic Bahnar, most differentiated from Vietnam’s other minority groups by the thatched communal lodges that tower above the villages surrounding the city. Like many hill tribes however, common cultural icons include musical gongs, “buffalo stabbing festivals” and ruou can (rice wine brewed in large ceramic vases.)

Out to the Coast

The final leg of the journey has almost as many options as the beginning. Roads lead north to Danang via the infamous Ho Chi Minh Trail, or out to coastal towns like Hoi An or Qui Nhon. I chose a remote route to Quang Ngai through villages of the indigo-clothed H’re, then loaded my motorbike on a train back to Phan Thiet.

According to Vietnamese law, all foreign drivers must possess a Vietnamese driver’s license. Vietnam does not honor International Driving Permits, despite persistent claims by the agencies that issue them. Applicants need a driving license from their home country with a motorcycle endorsement, a translated and notarized copy, a validation form from the applicable embassy, a local health exam, and must pay a small fee at a Vietnam Department of Transportation branch in any city.

The process will take a minimum of one week. Without a prior motorcycle endorsement applicants must take a simple driving test, which could add a delay of several weeks. In truth, most foreign drivers do not have Vietnamese licenses and traffic police in Vietnam Central Highlands have regularly chosen not to enforce this regulation. Though, take note that your travel insurance won’t be valid if you don’t have a legal drivers license.

Motorbikes can be rented from many tour offices and guesthouses for US$5 – US$10 per day. Multi-day trips may require a deposit equal to the value of the motorbike.

Alternatively, the above trip can also be ventured with a hired motorcycle driver/guide, here commonly referred to as “Easy Riders.”