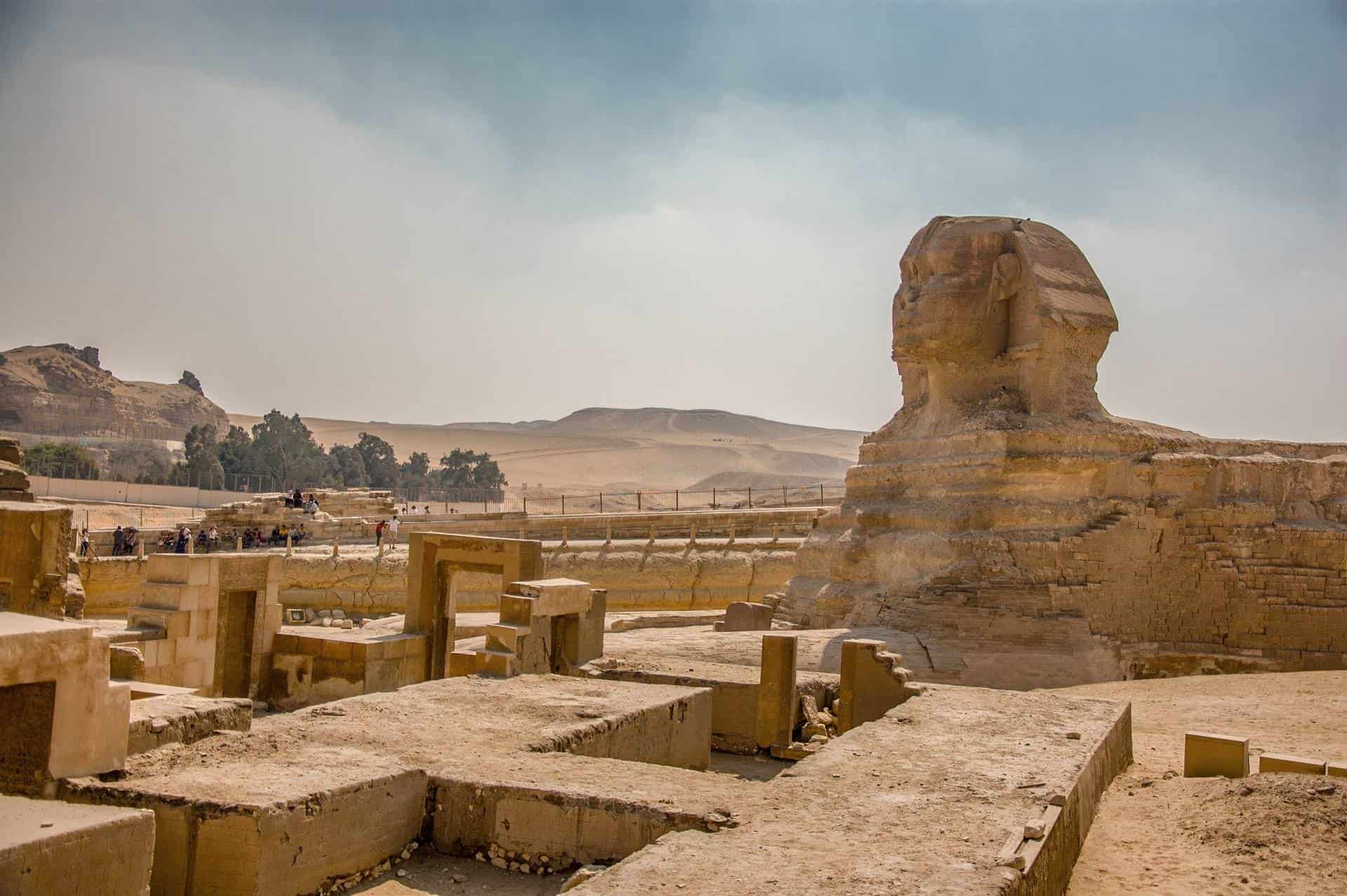 Walking inside the pyramids of Giza is a great experience for everyone visiting Egypt.

About the city of Giza, Egypt

Giza is a Governorate to the west of the Egyptian capital Cairo – a city in its own right, but for a long time now absorbed as part of the heavily-populated and sprawling Cairo metropolis. Giza is best known as that part of Cairo closest to the world-famous Pyramids of Giza, situated high on the desert plateau immediately to the west of the urban district, itself located in the valley and centred around the Pyramids Road, linking central Cairo with the ancient wonders. One of the premier attractions of Egypt, if not the world, the Pyramids of Giza represent the archetypal pyramid structures of ancient Egyptian civilisation and – together with the Sphinx at the base of the Giza plateau – are the iconic image of Egypt.

The city / district of Giza is important as a secondary – and increasingly popular – option for travelers for food, accommodation and entertainment beyond central Cairo. Most of these services are concentrated along the local transport artery, the Pyramids Road.

The desert plateau of Giza, adjacent to the Pyramids, will eventually form the site of the Grand Museum of Egypt www.gem.gov.eg (the competition-winning design conceived by an Irish architectural team led by Shih-Fu Peng), the long-awaited primary replacement for the long-standing Egyptian Museum in Midan Tahrir. Completion has been projected for 2012.

The pyramids of Giza

Not much more than a century ago, the Pyramids Road existed as little more than a dusty carriage track amongst irrigated fields, leading out from the city to the then small peasant village of Giza adjoining the pyramid field. Given the rapidly increasing population of Cairo in the 20th century, and the obvious tourist opportunities that the Pyramids provided, Giza has now been transformed beyond recognition to those pioneering Western travelers of the late 19th century.

Major arterial roads, apartment blocks, retail strips, restaurants and night clubs now replace what used to be palm-fringed farmers’ fields, and the city has now spread to the very limit of the desert plateau. Such rapid development, of course, has not been without its costs – social, economic and aesthetic – and the Egyptian Supreme Council of Antiquities is now making some efforts to control and channel future (re)development in areas closest to the Pyramids themselves.

The three main Pyramids of Giza are the focal point of the Giza necropolis, or cemetery, that served the elite of the Old Kingdom capital of Egypt at nearby Memphis during the mid to late 4th Dynasty (late 3rd millennium BCE). Three pharaohs were buried here in turn – Khufu, Khafre and Menkaure – their astounding burials attracted a number of surrounding associated burials of their queens, family members and nobility.

An experience of walking inside the Pyramids of Giza

The typical tourist will take a few camera shots of the three pryamids and the sphinx after a quick jaunt around their perimeter. Lucky for me, I was in the company of a local tour guide who revealed an interesting fact to our group. She revealed that tourists can pay a mere $5US to actually go inside one of the pyramids!

I just had to do this! How often the average person meet someone who has walked inside one of the Great Pyramids – inside the pyramids of Giza?! As I waited in line to venture into the second largest pyramid, my gaze was interrupted by the flow of tourists who had just completed their walk inside the structure. Even the young college kids were panting, out of breath, dizzy, and sweating.

Our guide forewarned us that this feat was not for the faint of heart! Individuals suffering from claustrophobia, heart conditions, or asthma are warned not to do this activity. I did not suffer from any of these conditions, so I decided to partake in this activity. It was also not a possible task for anyone who is overweight or tall.

After a bit of a wait, I finally started my decent into the pyramid!

Inside the pyramids of Giza, it was hot, non-ventilated, dark, and dusty. I got a bit claustrophobic at first… anyone would but slowly gained my composure and remained that way. I did not become ill from the inside conditions. The passageways were quite narrow, though had a boardwalk with some rope to hold for balance. The inside was quite empty. There was nothing to be found along the path. However, when you reach the end, there is a small stone formation where a king’s tomb was possibly kept.

My return back to life outside was now filled with happy memories of my accomplishment of walking inside one of the world’ greatest structures: The Great Pyramids of Giza!

There are loads of different tours to the Giza Pyramids, view a few offered by GetYourGuide.

How to view the Pyramids of Giza for free!

If you want to get a good view of the pyramids for free, we’ve got an insider tip for you!

Everybody please take note of this: go to Pizza Hut’s rooftop!

We just ordered some sodas and climbed the stairs up to the roof. We were the only ones there. It was just too good to be true!

We sat there, front row, enjoying the views and our sodas. Me and a friend got the photography frenzy and started shooting. It was late afternoon. We didn’t plan to get there by sunset, it just happened.

The sky turned red and an amazing sunset started. but the most unbelievable part still had to come! Suddenly the prayer started… this is another thing we weren’t expecting.

Imagine thousands of muezzin voices starting singing at once. Suddenly the megalopolis seemed silent, every sound was covered by singing voices coming from thousands of minarets. We had the shivers… And this is what we had right in front of us:

I can still recall that feeling. I hope you could savour it, at least a little bit, thanks to my words. But it was too beautiful to be described. I want all of you to go there and experience the same!

Now, that is the best way ever to see the pyramids, imho. No crowds, no hawkers, no stress.

Mauritius: The Island of Incredible Colors

Reasons to Add the Franschhoek Wine Region to Your Cape Town...