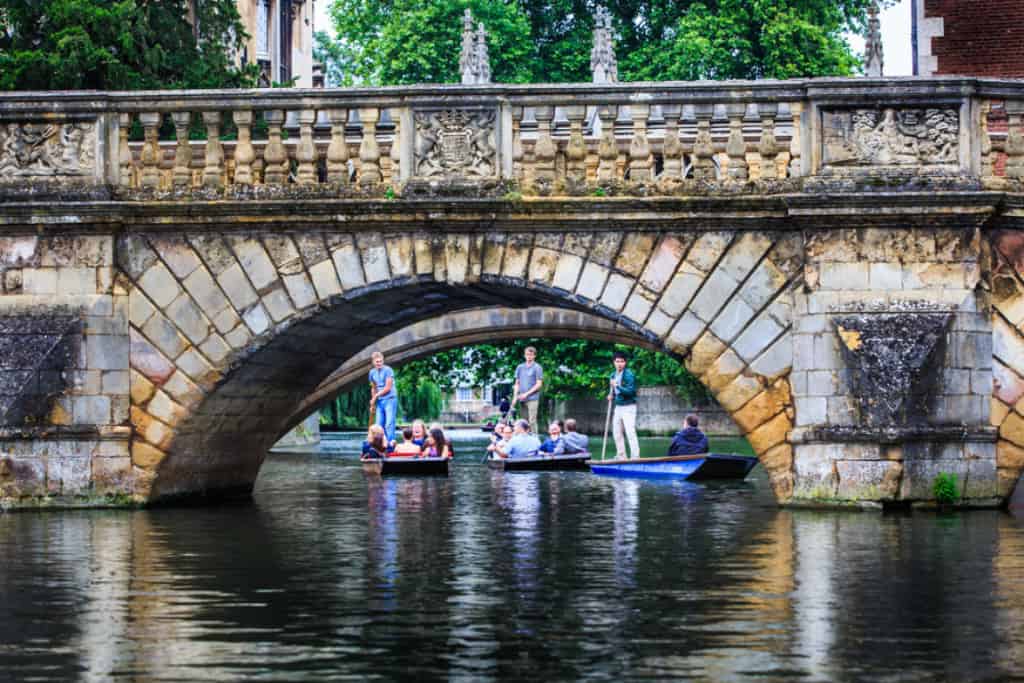 England is home to some of the most historic cities and towns in Europe.

Cambridge is one such city that is famous for its numerous historic attractions including its world famous Cambridge University and numerous colleges in the area. It is about 60 miles from London and is a great place to spend a wonderful weekend.

Wondering what to do in Cambridge?

We suggest going back in time and visiting a few of the historical attractions in Cambridge.

What to do in Cambridge

Some of the top historic attractions to visit in Cambridge include the following:

It is the most famous of all the museums in Cambridge and is a must see on a trip to the city. Its stunning architecture is in itself a splendid sight to behold and it has an extensive collection of manuscripts, Roman, Egyptian and Greek antiquities and artefacts.

And its beautiful art gallery has some of the finest paintings in Britain. These include masterpieces by famous European Masters as well as British artists like Rubens, Turner, Rembrandt, Hogarth, Van Dyck and Gainsborough etc.

Anglesey Abbey was constructed in the twelfth century. It later underwent renovation and refurbishment in 1926 and is renowned as a home of beautiful furnishings and priceless art. It is a National Trust property and contains a superb art collection including Constable’s famous ‘The Opening of Waterloo Bridge’ and amazing tapestries created by Anglesey, Soho and Gobelin etc.

While on a visit there make it a point to explore its amazing gardens and the widespread parkland. This includes a wonderful Wildlife Discovery Area, where visitors can see numerous species of birds and other wildlife creatures in natural habitat. Another place worth visiting is its historic water mill where you can still see the grindstones in action.

Museum of Archaeology and Anthropology

The Museum of Archaeology and Anthropology was promoted and developed by Cambridge University in 1884. It is home to a captivating collection of artefacts and relics, both of prehistoric nature and related to anthropology. The collection features items from across the planet and these include rare pieces from the Orient and Africa, which mainly deal with classical and visual arts.

Another popular exhibit is the Pacific collection, which consists of items and relics from the trips taken by British anthropologists, including from Captain Cook’s numerous journeys across the globe.

One of the top venues for horseracing Newmarket is only 13 miles to the east of Cambridge. Racing as a sport in the area has continued from the late 11 century and for equestrian lovers a visit to the National Horse Racing Museum is a must.

There are a number of equestrian related exhibits of one of the most popular sports in the country.  These include trophies, saddles and numerous paintings of renowned jockeys and their equally famous horses. The area is also famous for its racecourse and numerous stables in the area.

See the tree that inspired Newton in Cambridge

OK, admittedly this isn’t the actual tree and there’s no real proof that it’s the descendant of the actual tree, but Cambridge University says that it is and that’s good enough, right?

Isaac Newton himself often told a story that a falling apple from a tree helped him to form his theory of gravitation, first published in 1687. Whether or not the apple actually hit him on the head is a subject of some conjecture, although modern-day cartoonists have adopted this version of events as their favourite.

The tree in Cambridge is grown from propagation from the one in Woolsthorpe Manor, which died in the nineteenth century. It sits in the University’s 40-acre Botanic Garden, a great visitor destination in its own right.

The plaque below the tree reads ” Sir Isaac Newton’s Apple This apple tree is a descendant by vegetative propagation of a tree which grew in the garden of Woolsthorpe Manor, near Grantham, and which is reputed to be the tree from which fell the apple that helped Newton to formulate his theory of gravitation. The original tree is said to have died about 1815-1820. The variety is ‘Flower of Kent’. “