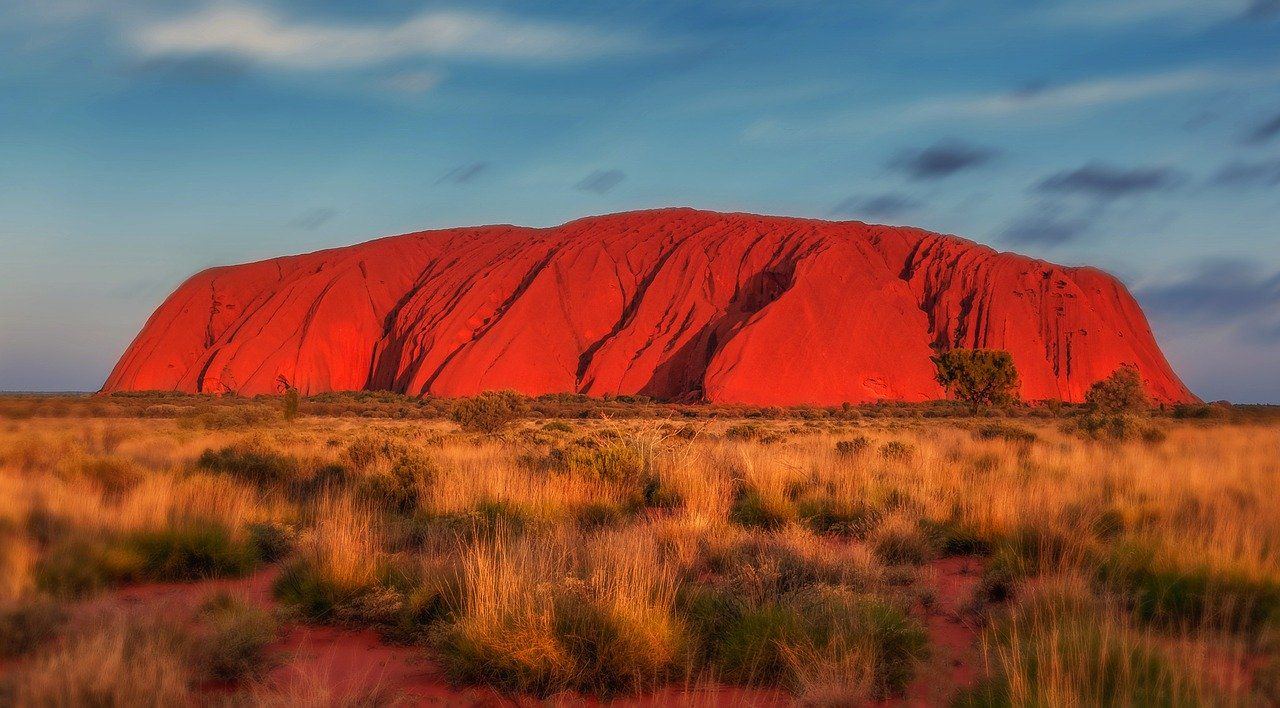 Uluru is more than a rock in the red center of Australia.

It is the country’s spiritual heart.

Believed to be more than 700 million years old, it holds a powerful presence which has to be seen to be believed. It was not until I jumped off the tour bus to bask in its giant shadow that I realized the true meaning of Uluru.

I felt an instant connection with this land. Despite being first-generation Australian and born of Italian born parents, it’s almost like Uluru has maternal energy. This energy is one that holds on to you long after you leave. It makes you feel like you are part of its long history, whatever your origins may be.

Uluru represents many things to many Australians. The indigenous Australians believe the rock is a sacred place, much like a church. It is at Uluru, Australia where, for millions of years, tribes have gathered to perform rituals and this continues today.

Climbing Uluru is possible but discouraged for this reason. They believe the rock was formed during Dreamtime, and ancient carvings and paintings adorn the side of the rock, These images tell stories from more than 10,000 years ago.

My favourite experience at Uluru and what I believe is a must-do is the Sounds of Silence dinner. Imagine eating canapés as the sun sets over the majestic Rock. Next, imagine crossing a walkway which expands to reveal your dining room for the night – a large open plain on the red desert decked out with tables with white cloths – under the stars.

Nothing can prepare you for what happens after your three-course dinner – including a buffet of Aussie delicacies including crocodile and kangaroo. Your waiter blows out the candles that adorn each table and all of a sudden you are sitting in the dessert, in the shadow of Uluru – with only the starlight overhead. An astronomer will explain the many constellations complete with telescope for those that wish to see Saturn or other visible planets. A breathtaking and unique experience for every traveler.

How to Get There

Located in the Northern Territory, getting to Uluru is easy. Direct flights to Uluru operate from major cities around Australia – and the Ayers Rock resort holds a range of accommodation options. You can get free airport transfers from a camping ground to deluxe hotels. Activities around the resort range from a guided walk around the gardens with an indigenous guide, to frequent sunrise, sunset and day tours to Uluru. There are even Uluru Tours from Sydney available.

So don’t delay – the spiritual center of Australia awaits.